FIRST … On Friday, September 27,  at 11:00 a.m. at The Federal Plaza, 219 S. Dearborn St. in Chicago, Dakota Access Pipeline opponents will hold a rally and march to demand that Illinois Governor Jay Pritzer declare a climate emergency and halt doubling the capacity of the pipeline. Some of Iowa’s water protectors are hoping to join our friends in Illinois.

SECOND … We witnessed an historic groundswell of climate-strike actions last Friday, garnering attention across Iowa and around the world.

Vinton: Here’s press coverage of the action organized by Ruby Bodeker’s daughter and other Vinton-Shellsburg students.

Decorah: Hannah Breckbill writes, “Over 40 people came together for a potluck and discussion about how to make our communities more resilient to changes in climate, economics, politics, and population (with climate refugees likely to need space to call home).”

THIRD … With the recent collapse of the second largest Emperor Penguin colony, Bold Iowa’s Climate Refugee Penguins greeted presidential candidates at the entrance to the Polk County Steak Fry on Saturday with a poignant message about the tragedy of extinction in the New Climate Era. 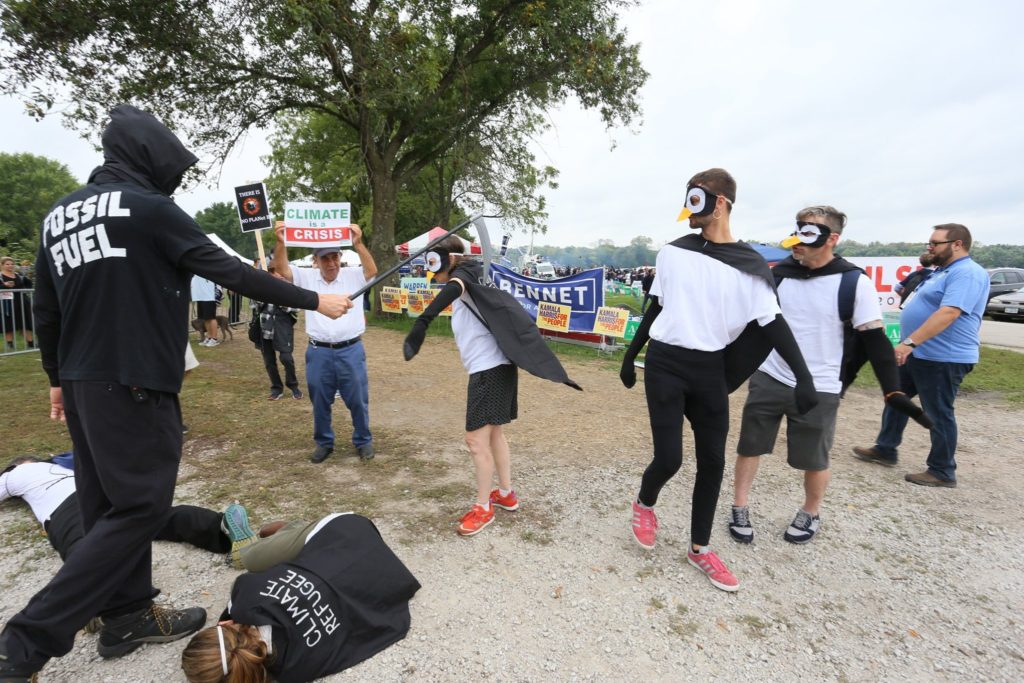 Penguins danced to R.E.M.’s “It’s the End of the World as We Know It” as the Fossil Fuel Reaper cut them down one by one with his sickle. The Reaper then began to take out humans, with the message that climate change threatens all of us with extinction.

Check out the video of the action produced by Anmol Pakhale. Thanks to collective creativity and a whole lot of effort, we were able to raise the profile of the climate crisis before an audience of over 12,000 people, seventeen presidential candidates, and a whole lot of local and national media.

Here are a few more pics from Saturday’s action. Please share these and our video with your networks. Let’s keep the message of climate urgency circulating. Thank you! 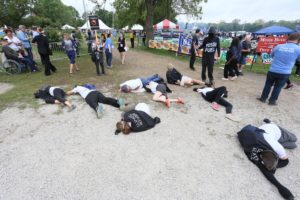 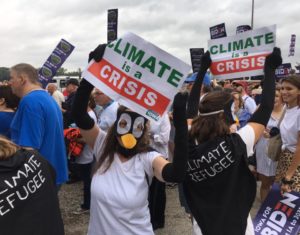 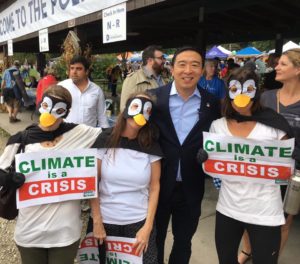 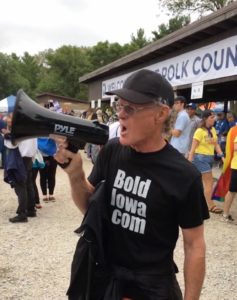 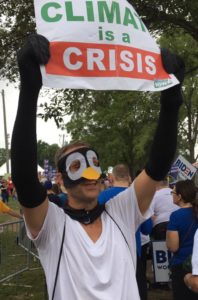