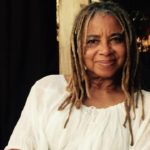 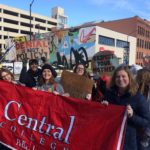 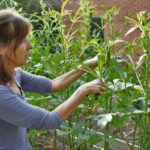 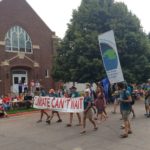 I met Ed Fallon when we were both in our early 20s. I was looking for a third roommate in my run-down, three-story, sloped-floor apartment in Somerville, Massachusetts, on the border of Cambridge. He was an itinerant musician, believer in all causes to save our planet, and general nice guy. We campaigned against nuclear power together, and I followed his trajectory as he grew from farming his family property in Ireland, to winning a seat in the Iowa house of representatives, to hosting a radio talk-show and, in the past few years, to organizing the longest climate-change march in history.
"We can't have continued expansion of the fossil fuel infrastructure," said Fallon, who walked the entire pipeline path in opposition to the project. "Without the pipeline, oil isn’t going to be extracted. Without the pipeline, oil isn't going to be burned and the carbon won't find its way to the atmosphere."

The volunteers, some dressed up as penguins to memorialize the loss of the world’s second-largest emperor penguin colony last April on Antarctica, were especially concerned with whether candidates supported the Dakota Access Pipeline, which crosses 18 Iowa counties carrying oil from North Dakota to Illinois. The proposal by the Texas-based company Energy Transfer to double its capacity is “hands down the biggest climate story here in Iowa,” Fallon says.
Dear Friends, Before we share positive news about the Climate Crisis Parade, please take a moment to donate. Bold Iowa was a key leader in organizing the Parade (check out some of the photos here), and we need your support  as we move forward in 2020. Ok, so you’re wondering about the title of this message: One Million Californians March for Climate Action in Iowa. Shortly before the Caucuses, Andrew Yang referenced Iowa’s huge influence on the presidential nomination process, saying, “I did the math; Continue reading →

Bold Iowa is mentioned in this article by Amelia Diehl on the growing opposition to expanding DAPL: “Ed Fallon, an organizer with Bold Iowa, doesn’t think it’s a guaranteed rubber stamp; IUB didn’t consider climate change when the pipeline was first approved, but this will be central to the argument to fight the increased capacity. The pipeline was a ‘wake up call for people,’ Fallon said, ‘who have never seen anything like this before.'” #NoDAPL Fights On in Illinois