Regardless of who you’re supporting for president, check out my interview with Tom Steyer. It’s encouraging that Steyer’s top priority is climate change and that he’s had a strong track record over the past decade working to mobilize Americans to take action. As always, I welcome your feedback. 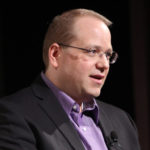 My second guest on this week’s program is Thomas Linzey with the Community Environmental Legal Defense Fund. More and more cities are passing local ordinances protecting their communities and natural resources against polluters. But what happened in Florida recently is the first time a political party has adopted a resolution protecting the “rights of nature.”

In this week’s Climate Crisis Update, we discuss COP25, which most climate advocates feel was a dismal, but not unexpected, failure. One positive outcome is that the term “fossil fuel” has finally been allowed into the conversation.

Yeah, that seems kind of incredible, since oil, gas, and coal consumption are responsible for the majority of greenhouse gas emissions. But since COP began 25 years ago, fossil-fuel industry lobbyists have been allowed to openly participate in the deliberations. That would be like the World Health Organization allowing tobacco lobbyists into its negotiations about curbing tobacco use. In fact, the 16-page report that came out of COP21 in Paris included not a single utterance of the words fossil fuel, oil, gas, or coal. Incredible!

So it’s significant that, for the first time in the COP process, participants in Madrid spoke openly about phasing out fossil fuel production. When the UN secretary general opened COP25 he even said, “we simply have to stop digging and drilling.” He probably wouldn’t have gotten away with that in previous years.

Yet so much needs to happen between now and Glasgow, where COP26 will be held in November of 2020, and states like Iowa can make a difference. I’ll quote from this story in Climate Change News about “a series of important new reports that were released at the talks in Madrid. According to the Production Gap Report by the UN Environment Programme and leading research institutions, governments are planning to produce 120% more fossil fuels by 2030 than would be consistent with limiting warming to 1.5C.

“That conclusion was backed up by the Oil, Gas, and Climate Report, also released at Cop25, that showed how oil companies are planning to invest $1.4 trillion in new oil and gas extraction projects between 2020 to 2024. 85% of the expanded production is slated to come from the US and Canada. This would lock in 148 gigatonnes of cumulative carbon dioxide emissions, equivalent to building over 1,200 new coal-fired power plants. The numbers are so shocking that they’re impossible to avoid.”

Yes, what we do in Iowa to keep climate front-and-center for the presidential candidates criss-crossing our state between now and February 3 is huge. It’s also critical that we stop the expansion of the Dakota Access Pipeline. Thanks to many of you for sending letters to the Iowa Utilities Board (IUB) asking it to reject the proposed expansion. If you haven’t yet written the IUB, please take 15-20 minutes to do so. It helps! (Click here for details on what you might include in your letter.)