As greedy fossil-fuel tycoons escalate their abuse of eminent domain to steal our land, foul our water, and destroy our planet, we must push back with all the strength and commitment we can muster. Standing Rock became a visual manifestation of our commitment to not back down, and we who were empowered through Standing Rock continue to fight for our future.

In the face of such an enormous crisis as climate change, we must think big and act big. One huge opportunity to make a difference is the First Nation – Farmer Climate Unity March. On Saturday, September 1 following a 9:00 a.m. press conference at the Iowa Utilities Board building at 1375 E. Court Ave in Des Moines, marchers will set out from Birdland Park at 10:00 a.m., tracking the route of the Dakota Access Pipeline for nearly 100 miles. The March finishes in Fort Dodge on Saturday, September 8 in conjunction with the international Rise for Climate day of action with a Celebration of March at 1:30 p.m. at City Square Park. 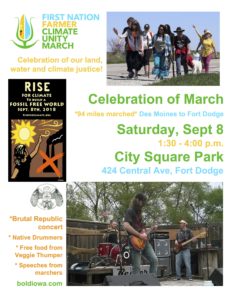 The March is organized by Indigenous Iowa and Bold Iowa. It offers an important opportunity to come together and show the world that we won’t back down, that we’re not going away, that we’re in this fight until we achieve justice for all people and sustainability for our Earth.

We march in support of the nine Iowa farmers and Sierra Club who filed a lawsuit against DAPL for abusing eminent domain to build the pipeline. If we win this lawsuit, it could stop the flow of oil from north of Standing Rock all the way to central Illinois!

We also march as a living, moving example of how people can find common ground and create a sustainable future, and to recognize what happened in the past to the Indigenous peoples of this land. The March is, in part, a statement as to why it’s essential that we recognize the sovereignty of Indigenous people today.

We’ll march 10 – 15 miles a day. We’ll camp at farms and in parks. Our power source is a solar collector. We’ll use a trailer designed with environmentally-friendly commodes and solar showers. We’ll eat lots of fresh, locally-grown food from farms that are part of the new vision for agriculture. Farmers, environmentalists, and Indigenous leaders will have deep conversations on a level that, if not unprecedented, is certainly unusual — and critically important.

The people participating in this March are truly an amazing group of individuals, including: 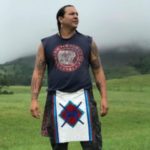 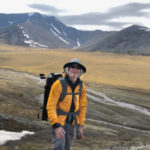 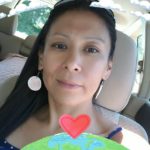 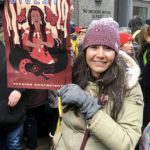 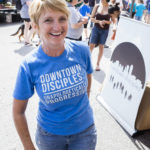 That’s the short list. The Indigenous, farm, and environmental leaders who’ve come together to make this powerful statement have much to offer.

If you can join the March for a day, please do. Come to our kick-off on September 1, our rally at the end of the March on September 8, and for dinner and conversation in our camp every evening at 5:30 p.m.

Better yet, if you’re able and willing to march, grab a good pair of walking shoes and come march with us.

If you can’t be with us in the flesh, please support us with a donation. A grassroots effort like this needs all the financial help it can get. And yes: spread the word! Like Standing Rock and the many endeavors that have sprung from it, this march has the potential to ignite a prairie fire, one that spreads a message of strength and healing for ourselves and our planet.