Kirsten Anderson is my guest on Monday’s Fallon Forum at 11:30 a.m. Kirsten’s the former Iowa Senate Republican caucus staffer who received a $1.75 million settlement in the high-profile lawsuit that exposed the “boys’ club” environment beneath the golden dome, where rampant sexual harassment was ignored by Republican supervisors and lawmakers alike.

Watch or listen to our conversation on Facebook, online, or at 1260 AM and 96.5 FM in the Des Moines metro.

Josh Mandelbaum and his family

And on November 7, wherever you live, please vote! Local elections don’t get nearly the amount of coverage as, say, an unhinged twitter fiend running for, say, president. But local elections are important, and city officials have a profound influence on our daily lives.

If you live outside Des Moines, I’d be interested in an update on candidates and ballot initiatives in your area. If you live in Des Moines, please support Skip Moore for the at-large council seat and Josh Mandelbaum for Ward 3.

Interestingly, The Des Moines Register’s endorsement of Josh and non-endorsement of Skip present the reasons you need to support both of them.

Regarding Josh, The Register praises “his knowledge of environmental issues and, in particular, clean water, one of the biggest issues facing Des Moines. As an environmental lawyer and lobbyist for the Environmental Policy Center, Mandelbaum entered the race criticizing [outgoing Council member Christine] Hensley’s support of the controversial Statehouse bill to dismantle the Des Moines Water Works.” 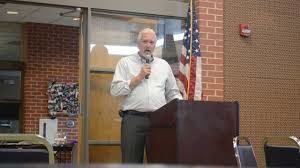 I’ve known Josh since he was a student at Roosevelt High School in the mid 1990s and passionate about important causes. His life since has continued to show a deep commitment to working for a better world, particularly in the area of environmental protection and renewable energy. We could sure use more of that on the city council.

The Register’s non-endorsement of Skip says, “He’s been a strong voice for the neighborhoods… He can get in the weeds on such subjects as potholes, sewers and viaducts, but he can also speak forcefully for the interests of immigrants, minorities and others who don’t have a voice.”

Well, that’s enough reason to support Skip right there. He’s one of three council members I can count on to consistently return phone calls and follow through on commitments. Booting Skip off the council would be a huge step backward for Des Moines, especially since Josh will need Skip’s help addressing Des Moines’ water problem.