I’m a big believer in pacing oneself. We’ve got to take time to smell the roses even in the midst of intense struggle. Yet sometimes — often, in all honesty — the demands of fighting for justice require some pretty exhausting days.

The First Nation – Farmer Climate Unity March will be a string of such days. But the importance of this march — raising awareness about the historic lawsuit that could stop the flow of oil through the Dakota Access Pipeline — can’t be understated.

Last Tuesday’s investigative trip to Lyon County to dig into the recent tar sands oil spill was such a day. Well, two days actually, one of them involving numerous meetings and nine hours in a car. Check out the culmination of that trip with this excellent article in the N’West Iowa Review.

Efforts by residents and advocacy groups to monitor the oil clean up will continue, regrettably, as the effort may take over a year. And in a new development that has residents near Iowa’s Great Lakes fuming, soil and plant debris contaminated with tar sands oil is being dumped in their county. Check out this article in the Dickinson County News.

Sunday was another long day. It started at 5:00 a.m. and landed Kathy and me back in Des Moines after 10:00 p.m. The highlight of the day was the Missing and Murdered Indigenous Women rally in Rock Island, Illinois. Check out the livestream, which is both powerful and instructional. I’ve included with this blog a few photos of the inspiring Native leaders who spoke at the event.

Sunday’s trip concluded with a sunset tour of tornado damage in Marshalltown. I was blown away (yeah, bad pun, I know) at how severely the tornado had torn up that community. I’ve been in communication with Chief of Police Mike Tupper and State Rep. Mark Smith. Help will certainly be needed, especially for the low-income families hit hard in northeast Marshalltown. Stay tuned. 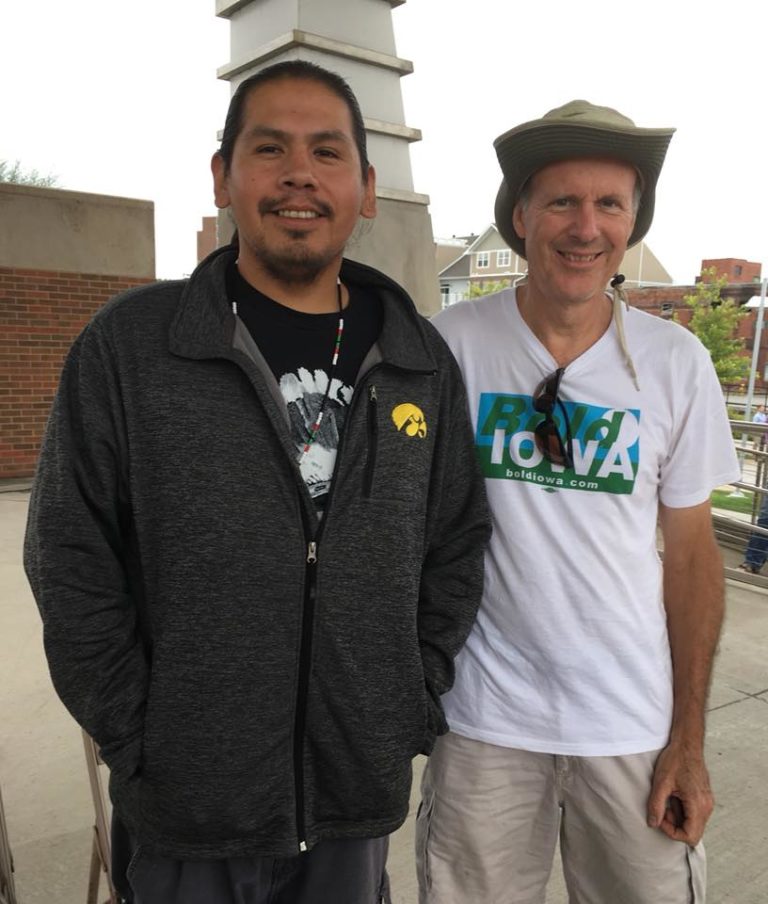 In other news, a Des Moines Register article reminded us of the one-year anniversary of Jessica Reznicek and Ruby Montoya announcing that they’d repeatedly vandalized equipment along the route of the Dakota Access Pipeline (DAPL). I caught flack for my quote in the Register story, where I describe Jessica and Ruby’s action as “misguided” because “it alienated a lot of people who we need on our side. So while I respect and admire their passion, I don’t think it was a wise decision.” 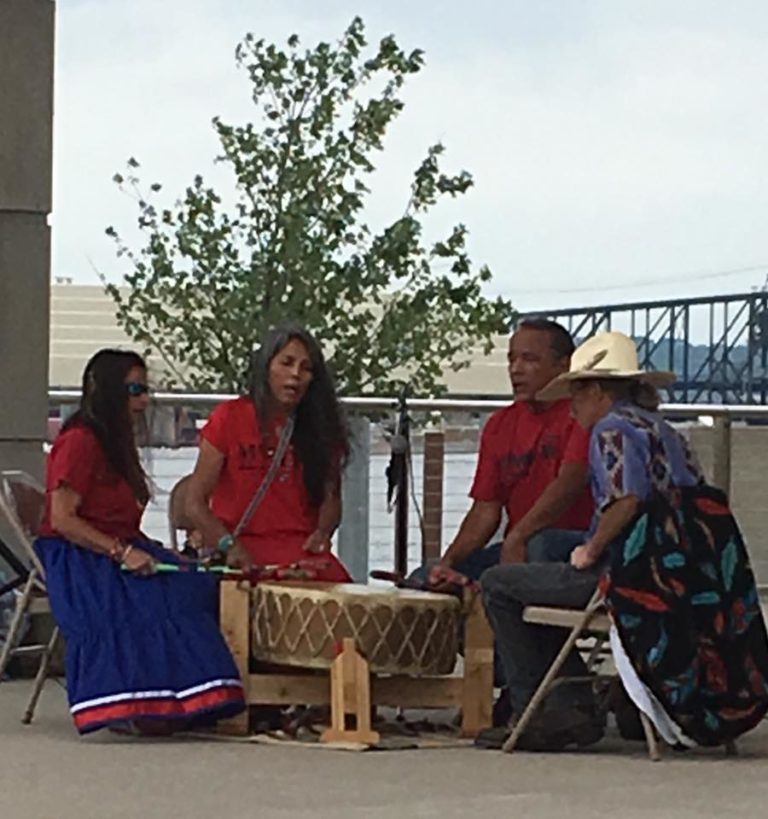 For an injustice to end (and DAPL is unjust on so many levels), you have to continually build more and more popular opposition. Fact-finding, community forums, press releases, protests, nonviolent civil disobedience, lawsuits, speaking out at official meetings — all turned public opinion against DAPL. Torching bulldozers and vandalizing valves didn’t. In fact, it gave pro-pipeline forces an excuse to pass legislation this year classifying DAPL as “critical infrastructure” and creating criminal penalties that could scare people away from exercising their First Amendment rights in the future.

Some have cited Gandhi in defense of Jessica and Ruby’s action. But Gandhi never destroyed property and was always open about everything he did. Most significantly, Gandhi was about effective action. Even his symbolic acts were orchestrated with an eye toward moving Indian and global opinion toward supporting India’s independence from Britain.

Gandhi wasn’t just about civil disobedience, which constituted a very small portion of his work. Much of his effort was behind the scenes, creating new structures to replace failed models that only perpetuated injustice. Gandhi was also about political reform, remaking the Indian Congress Party and raising funds to assure that the Party could operate effectively year round, not just during a showy annual convention.

In the DAPL fight, our most effective action is yet to come: the landowner/Sierra Club lawsuit over the misuse of eminent domain. That case will probably be decided by the Iowa Supreme Court in September or October. In the meantime, whatever we can do to continue to move public opinion our direction will be helpful. I’ve been dismayed, but not surprised, that the mainstream media have mostly ignored the lawsuit.

Let’s change that. Visit Bold Iowa’s Stop DAPL 2.0 page for ideas on how to get the word out through your local or regional newspaper. Thanks!