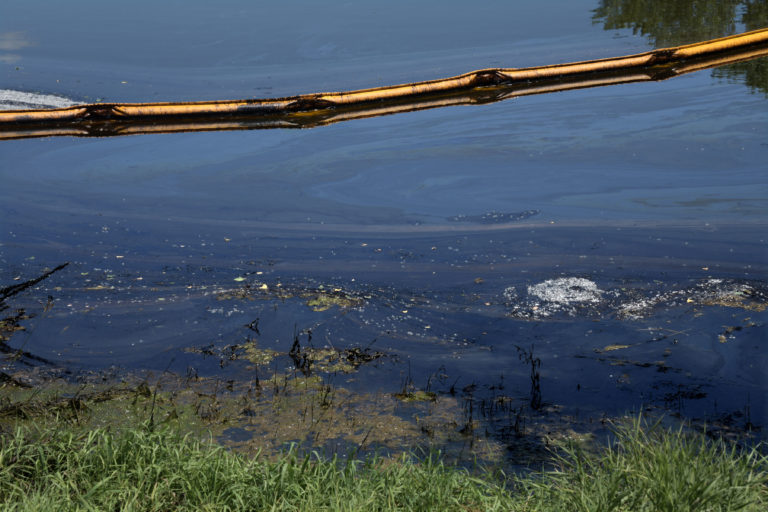 Christine Nobiss, David Thoreson, and I traveled to northwest Iowa this week to investigate the June 22 tar sands oil spill near Doon (check out our livestream). We spoke with Iowa DNR and Lyon County officials, a landowner, an engineer working at the site, a reporter with the N’West Iowa REVIEW, and KSFY TV (check out KSFY’s story here). 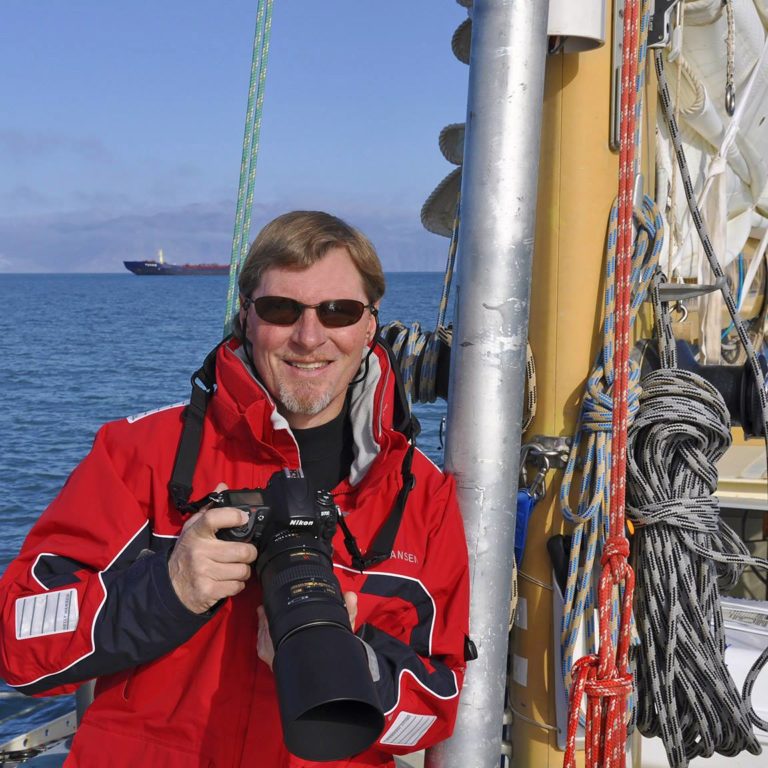 We learned a lot!

— Lyon County officials did an excellent job as first responders during the hours and days immediately following the spill. Kudos to them.

— Similarly, the DNR (which has replaced the EPA as the point agency for clean-up) has done a fine job — so far. But there are red flags in terms of the DNR’s ongoing ability to assure adequate clean-up and protection of the public health. As with any big corporation these days, holding BNSF and Conoco/Phillips accountable for full restoration of the damage they caused will require tenacity and persistence — by government officials, the media, and most important, the public. 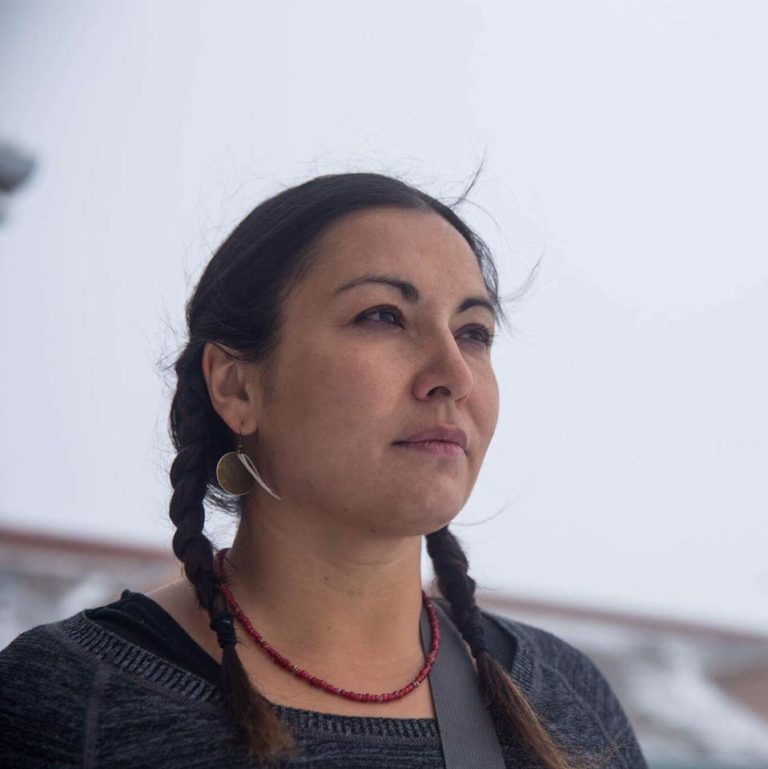 We have three main concern about state government’s role in the clean up:

(1) The DNR’s lack of clarity on how long it will take,

(2) Uncertainty about the DNR’s role in ongoing water testing, and

(3) State officials’ unfamiliarity with tar sands oil — which presents a unique, complex, and dangerous set of threats and challenges.

— While BNSF seems to have acted quickly (unlike the thoroughly botched response of Enbridge after the 2010 tar sands spill into Michigan’s Kalamazoo River), it remains to be seen whether they’ll follow through. As with two previous major tar sands spills, many observers question whether it’s even possible to fully restore impacted land and waterways. Given the nature of tar sands oil, we would, unfortunately, not be surprised to see irreparable long-term damage. 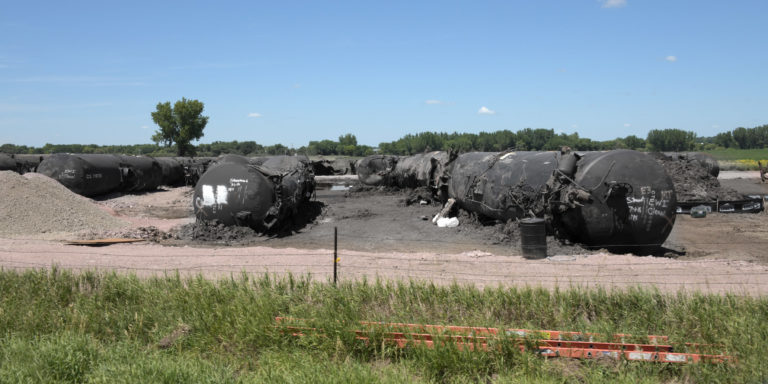 — Finally, we’re concerned that climate change continues to be ignored. The bottom line is, we must move beyond further exploitation, transport, and consumption of fossil fuels. If we fail, local harm to land, water, and property will be a mere footnote to the existential damage inflicted upon people and planet by a rapidly changing climate on fossil-fuel steroids. 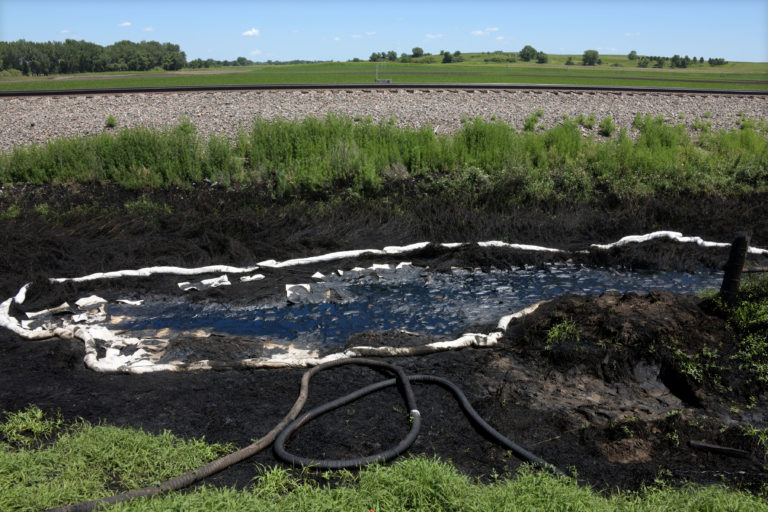 One further note: We didn’t have time to contact EPA officials, and a call by Christine to BNSF has not yet been returned.

To conclude, we’ve just begun our work regarding this spill. While Bold Iowa’s current focus is to support the Sierra Club and landowners along the route of the Dakota Access Pipeline in their lawsuit against the Iowa Utilities Board, we must continue to provide on-the-ground support to the families, water, and land immediately affected by this spill.

We also have to hold government and corporate officials accountable. These days, that’s often not an easy assignment.

PLEASE CONSIDER A DONATION TO SUPPORT BOLD IOWA’S WORK ON THE DOON OIL SPILL!  We couldn’t accomplish our work without you. Stay tuned for further updates, and thanks for reading.