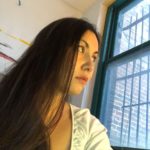 Dear Friends, This weekend, an estimated five million people turned out for 673 Women’s March events across the U.S. and around the globe. I attended the Des Moines rally where an estimated 6,000 people showed up at the Iowa State Capitol. The organizing team — including former congressional candidate Kim Weaver, West Des Moines City Councilwoman Renee Hardman (at right) — did an incredible job in a short span of time. I was encouraged to see the voices of Indigenous women featured prominently in rallies Continue reading →