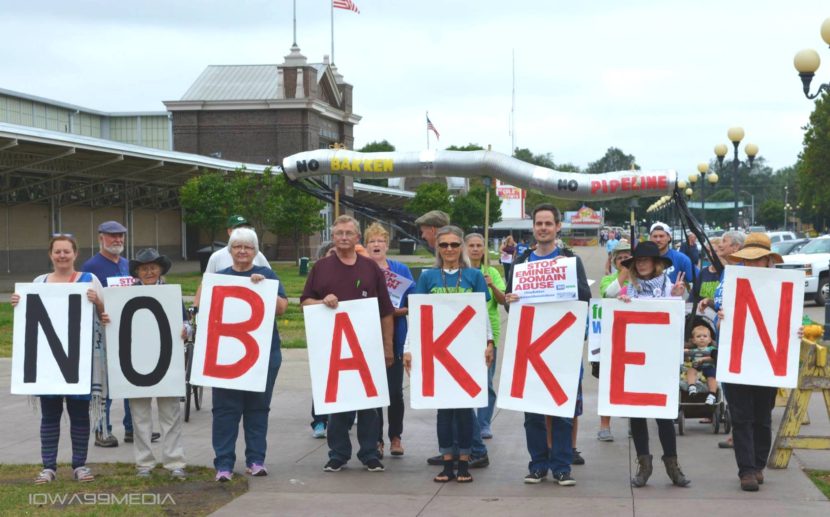 Protesters to Greet Donald Trump at Joni Ernst Event on Saturday with Calls for No Eminent Domain for Private Gain, No Bakken Pipeline

Des Moines — Bold Iowa and 100 Grannies for a Livable Future will hold a rally at the Iowa State Fairgrounds on Saturday, to greet GOP presidential nominee Donald Trump with a message of “No eminent domain for private gain,” and a call to stop the Dakota Access “Bakken” pipeline that would traverse the state of Iowa.

Rally attendees will be waving signs and holding a replica pipeline outside of Sen. Joni Ernst’s planned “Roast and Ride” event at the fairgrounds, where Trump is scheduled to appear as the keynote speaker.

“Donald Trump has a shameful history of abusing eminent domain to seize property from homeowners and businesses that refused to sell to him, so it’s no surprise he’s on the side of Big Oil rather than standing with landowners protecting our land and water,” said Bold Iowa director Ed Fallon. “Pipeline Fighters will greet Trump on Saturday to deliver a message from the farmers, ranchers, Tribal Nations who stand with us in solidarity to say ‘No Bakken’ pipeline.”