Boone, Iowa — Kriss Wells (pictured below), a long-time resident of the Quad Cities and a retired social worker, received a verdict of “guilty” in a jury trial today at the Boone County Courthouse. Wells was one of thirty pipeline opponents charged with trespass on August 31, 2016 while blocking vehicles from leaving or entering a staging area along Highway 30 east of Boone. Wells was the only one of the group to plead “not guilty” and to request a jury trial. The August 31 action was organized by Bold Iowa and Iowa Citizens for Community Improvement and drew over 100 participants. 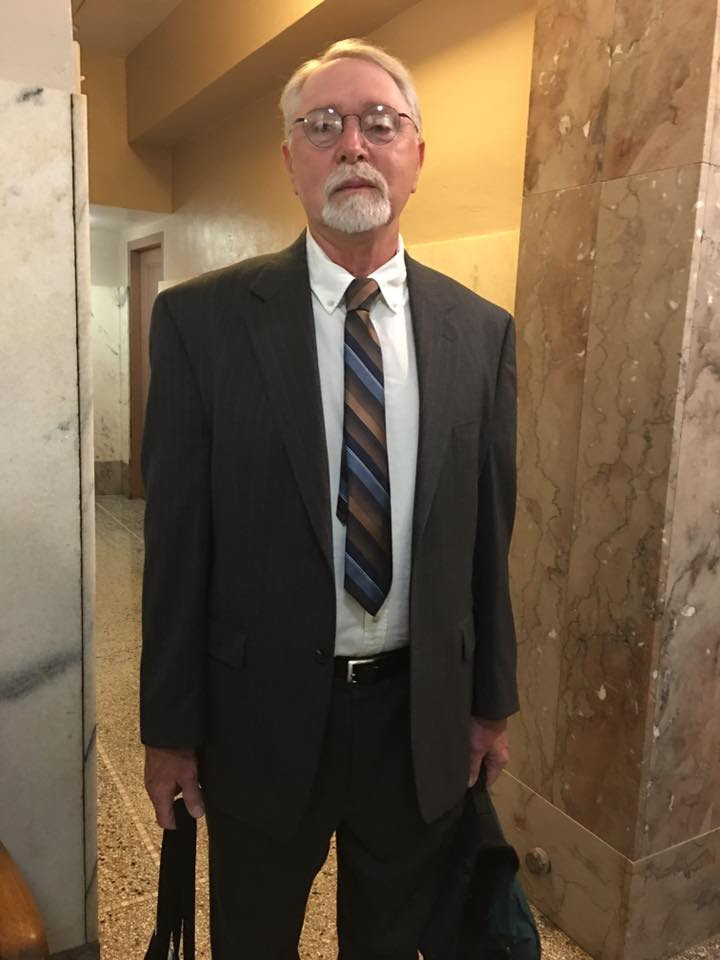 “I’m certainly disappointed in the jury’s decision,” said Wells. “Court rulings have been all over the board in this pipeline fight, and I hope for a different outcome with my trial in Calhoun County on June 28. I did this in part for my grandkids and their future, and I’ll continue to speak out and take action.”

The plaintiffs see this case as setting a new precedent in Iowa. The defense explained its justification for trespassing by raising concerns about the urgency to address climate change, water quality and the misuse of eminent domain.

“Today climate change was on trial,” said Carolyn Raffensperger with the Bakken Pipeline Resistance Coalition. “Kriss Wells was justified in challenging the Iowa Utilities Board’s permit allowing Dakota Access to build this crude oil pipeline, which will do irreparable harm to our climate and planet.”

“That action last summer marked a key point in the escalation of opposition to the pipeline,” said Ed Fallon, director of Bold Iowa. “It garnered national attention to our struggle. Kriss’ act of nonviolent civil disobedience and his decision to take his arrest to trial are statements of commitment and courage that continue to inspire others.”

Despite the oil beginning to flow last week, efforts to resist the pipeline continue, with a rally planned this Saturday in Des Moines, a flotilla on the Des Moines River in Boone County on June 17, and a protest against the Iowa Utilities Board on July 1.