Banner welcoming visitors to the Sacred Water Camp near Live Oak, Florida and the path of the proposed Sabal Trail pipeline. 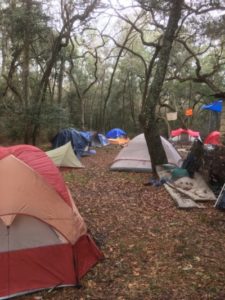 “Water is Life!” A cry started in the fight against the Dakota Access pipeline has become a national rallying cry in the growing movement to beat-back Big Oil. Pipeline fights across the country have now brought the reality of the essential importance of water home to millions of Americans. More and more are jumping on board, working to protect water, land, property rights and our climate from the largest build-out of fossil-fuel infrastructure in America’s history.

Between Christmas and New Year’s, I had the honor of spending two days working with tireless water protectors in northern Florida, battling the Sabal Trail Pipeline. At one of two camps set-up to help organize water-protection efforts, I met a woman who shared this story with me: 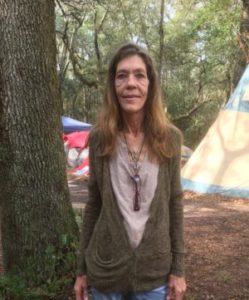 One of the Sacred Water Camp’s organizers: Debra Johnson, nearby landowner and long-time local resident

“I headed out recently to get produce for our camp, which has grown to fifty water protectors. We stopped at a farm stand about 30 miles north of here at the Georgia-Florida line. We were buying a lot of food, and haggling a bit with the farmers, trying to stretch our donation dollars as far as possible.

“The family running the stand wasn’t very friendly at first. They they asked me why we were buying such a large quantity of produce. I was a little hesitant to tell them, since I thought they might be for the pipeline. I said we were from the Sacred Water Camp, and we had a bunch of new people showing up that we had to feed. Then I took a chance, and told them that the whole purpose of our camp was to stop the Sabal Trail Pipeline.

“Well, one of the people working the farm stand, a young woman around 23, lit up, saying that the pipeline was wreaking havoc in Florida. Her father and brother, who also were working the stand, really started going on about how strongly they were opposed to the pipeline and the abuse of eminent domain.

“They told us they grow oranges. They didn’t want a pipeline running through their grove, so the pipeline company took their land by force, through eminent domain. The company gave them $6,000 for destroying land that produces $1 million a year in orange sales! They were outraged, and couldn’t believe their government could let this happen. The father point-blank told me there was nothing in the eminent domain negotiations about giving them fair market value for crop loss. They felt robbed. Their land was gone, part of their family-farm business was gone. This is a fifth-generation orchard, dating back to 1900, and their family had never seen anything like this.”

True story, and frightening. This fight cuts deeper than water, climate and individual property rights. If a bought-and-paid-for government can hand over the power of eminent domain to a powerful private business that can give a fifth-generation family farm a pittance in compensation for a $1 million loss, is there anything still sacred in America?

This fight is only going to get more challenging with Donald Trump as President. Not only does President-elect Trump deny climate change and disparage the importance of protecting water and land, but he has personally used eminent domain for his own private gain.

Action is the antidote to despair. And building a strong, broad, outspoken, well-organized coalition of farmers, landowners, Native communities, environmentalists and defenders of liberty is how we push back and win against the escalation of Big Oil’s war on America.

The Water Protectors and Pipeline Fighters in Florida battling the Sabal Trail pipeline are hosting a direct action on Jan. 13: 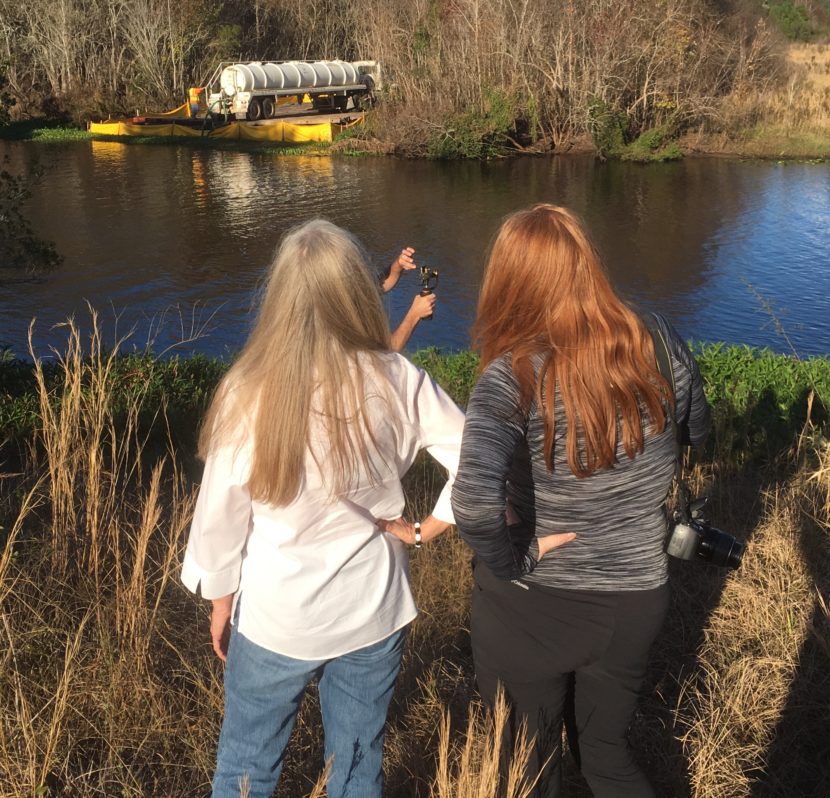