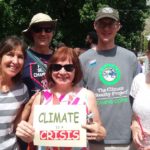 Bold Iowa today announced it will host a debate this fall specifically focused on the climate crisis. Bold’s 270 Iowa Caucus volunteers, known as Climate Bird Dogs, are shifting their focus to get Democratic presidential candidates to commit to participate in the climate debate, even at the risk of being barred from future DNC-sponsored debates.