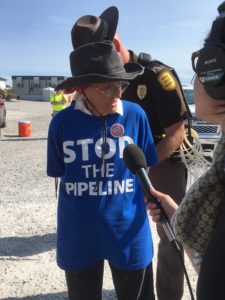 For the past three months, Bold Iowa’s Climate Bird Dogs have asked all the major Democratic presidential candidates to tell us where they stand on Energy Transfer’s proposal to double the flow of oil through the Dakota Access Pipeline (DAPL). With most candidates, we’ve posed the question multiple times.

To their credit, ten out of seventeen candidates are against increasing the flow of oil to 1.1 million barrels per day. Yet, we’ve been surprised and disheartened that the media have almost completely ignored this new threat. With the candidates are speaking out, perhaps that will change.

CORY BOOKER. “Climate change is not some distant threat — it’s happening now. Without deliberate and bold action, we risk an incredible human toll from disasters and health impacts, preventable national security threats, and trillions of dollars in economic losses.

“It is my duty as a public servant to oppose projects that would further destabilize our climate, including the proposed expansion of the Dakota Access Pipeline.

“As president, I will rescind approvals for the Keystone Pipeline and the DAPL, and require free, prior, and informed consent from tribal nations for all future major energy projects on federal lands that would affect those communities.” 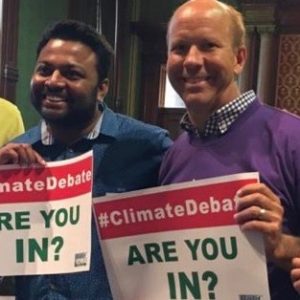 JOHN DELANEY. “I opposed building the DAPL in the first place, and I certainly oppose increasing its capacity now. We need to transition away from fossil fuels as we work to reach net-zero carbon emissions by 2050, and expanding this pipeline is a big step in the wrong direction.”

TULSI GABBARD. “We must strongly oppose Energy Transfer Partners plan to increase the volume of oil flowing through the Dakota Access Pipeline.

“Doubling the oil flow through the pipeline greatly increases both the likelihood and severity of spills. Time and time again, we’ve witnessed so called ‘state-of-the-art’ pipelines and release detection systems fail. Just two weeks ago, 383,000 gallons spilled from the Keystone Pipeline into the wetlands of North Dakota. These pipelines are a threat to our environment, soil, and water resources, and they are putting profits ahead of the people and the planet.

“In 2016, I traveled to North Dakota to stand in solidarity with the Standing Rock Sioux as they stood in opposition to the Dakota Access Pipeline. Protecting our water is not a partisan political issue–it is an issue that is important to all people and all living beings everywhere. Water is life. We cannot survive without it. Once we allow an aquifer to be polluted, there is very little that can be done.

“I stand strongly opposed to the DAPL Capacity Expansion, and I call on my fellow members of Congress who stood with Standing Rock to stand again with them now as we step from the past and look to the future. ” 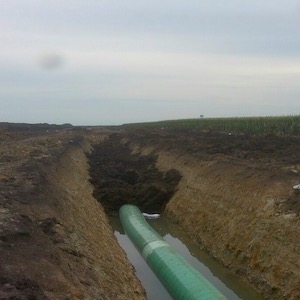 KAMALA HARRIS. “Not only should we not increase the flow of oil through the Dakota Access Pipeline, but as president I would end federal support for the pipeline entirely. For too long big oil companies have been allowed to pollute our environment and our Native American communities in pursuit of more money. That ends when I’m president. I will stop the authorization of new fossil fuel infrastructures, as we must make big changes now to protect our planet and our children’s future.” 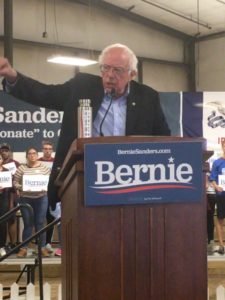 BERNIE SANDERS. “If this expansion plan goes through, it would be a disaster for Americans’ health, clean water and our climate. I am proud to have fought the Dakota Access pipeline when it was first proposed and I continue to stand with the communities who have been fighting it every step of the way. As president, I will shut down the Dakota Access pipeline that should never have been built in the first place.” 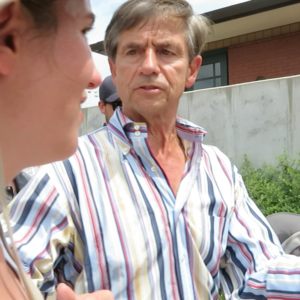 JOE SESTAK. “I stand with the Standing Rock Sioux people in their legal fight to get the Dakota Access Pipeline (DAPL) shut down. This pipeline was already a threat to their water supply, but now the company that operates it is seeking to double the amount of oil flowing through it every day (including by expanding an Iowa pumping station), dramatically increasing risks from any spills. I hope the courts grant the Sioux people — along with Iowa landowners, farmers, and others on the route — the relief they deserve.

“As President, I will revoke wrongly-granted permits and the executive orders that led to the construction of this pipeline without sufficient review of the potential harms to water, sacred sites, and our climate.”

TOM STEYER. “I’m against the DAPL expansion. I have fought pipeline expansions, like the Keystone XL pipeline, for years because of the impact on local communities and the impact on our planet. Every American has a right to clean water, and I stand with the advocates who are protecting this fundamental right.

“I would declare a climate emergency on day one and enact green economic policies that phase out our reliance on fossil fuels by investing in clean energy, not new pipeline capacity. My Justice-Centered Climate Plan is both a commitment that climate and the environment are my number one priority, and that my administration will work hand-in-hand with local communities, including tribes and indigenous Americans, to create community-centered solutions to climate change.” 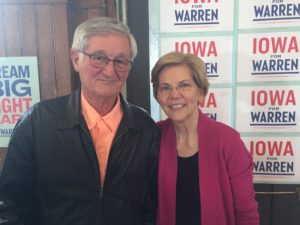 ELIZABETH WARREN. Warren’s staff wrote, “Warren does not support the proposal to double the flow of oil through the Dakota Access Pipeline.”

Staff further referred us to her plan for Honoring and Empowering Tribal Nations and Indigenous Peoples, where Warren writes, “Absent extraordinary circumstances, respect for tribal sovereignty means that no project, development or federal decision that will have a significant impact on a tribal community, their lands, resources, members or religious practices, should proceed without the free, prior and informed consent of the Tribal Nation concerned.

MARIANNE WILLIAMSON. “The Dakota Access Pipeline has been a disaster. The pipeline should never have been built. It violates US government treaties with Indigenous people. Since the 1860s, we have gone back on our word towards the Sioux people, and this is another example of treaty violation. We must repudiate these transgressions against the people of Standing Rock, and respect their voices and control over what we said would be their land.

“Moreover, the pipeline has caused serious damage to the environment. There were five leaks alone in 2017, including a leak of over 400,000 gallons. The Native Americans and their allies predicted that the pipeline was too risky. They warned us, asking, ‘Why build a pipeline under precious waterways?’ How big is the next major spill going to have to be before we do something?

“The reasons the pipeline was built – despite knowing the risk of land and water pollution – are our continued reliance on fossil fuels, and the power of Big Oil on our government.

“We must embrace a Green New Deal, and transition rapidly away from fossil fuels to renewable energy like solar power and wind power. This is how we will free ourselves from dependence on oil, and break the chains of Big Oil dominance of our government. It is time to do what is right for ourselves, the Earth, and future generations.”

PETE BUTTIGIEG. His staff wrote: “Pete is opposed to DAPL expansion.” That’s it. We had expected more specifics, but at least Buttigieg is opposed.

JOE BIDEN. Biden wants it both ways. In response to questions by Ed Fallon and Kathy Byrnes after the CNN town hall in Grinnell on November 11, Biden says he’s against pipelines. Immediately after that, he says he wants to replace existing pipelines, which would lock in further greenhouse gas emissions. And we have no idea what he is talking about when he refers to being “able to make sure we can travel this way.”

Check out video documentation of that exchange. Here’s Biden’s statement on DAPL, excerpted from that conversation:

“All you guys in Iowa are pains in the neck, you know that? ‘I want a personal statement from you. I want you to sign this.’ Take my word. I’ve never broken my word. I’ve been opposed to the pipeline to begin with. … We have in America right now gas pipelines put in in the 1960s. Guess what? They’re leaking methane. They’re hurting people. They’re killing people. You ready to pay more taxes to make sure we dig them up and make great jobs and put new pipelines down to be able to make sure we can travel this way?”

MICHAEL BLOOMBERG. At an event in Des Moines, Iowa on December 4, 2018, in response to a question from Ed Fallon and Kathy Byrnes about the Dakota Access Pipeline, Bloomberg said, “What’s the big deal? It’s underground.”

AMY KLOBUCHAR. At least Biden and Bloomberg attempt to answer questions. Repeatedly, when asked about pipelines, Klobuchar is either evasive or simply walks away. We have several videos documenting this chronic problem.

The most instructive response from Klobuchar on DAPL was to a question from Samantha Kuhn on May 25 in Iowa Falls, when Klobuchar said, “We need to greatly reduce our dependence on fossil fuels, and eventually we won’t need these pipelines if we do that in the right way — or we’ll need them in a limited way. Because I think for quite a while we’re going to see the use of gas and the use of oil, and so we’re going to continue to have some of that going on for many years in the future.” [bold and italics added]

In conclusion, we are pleased that so many candidates are speaking out so emphatically against the proposed doubling of oil through the Dakota Access Pipeline. Bold Iowa’s leadership team would like to thank the over 250 Iowans who have relentlessly questioned the candidates on the Dakota Access Pipeline and a wide range of other climate concerns. Together, we are making a difference!