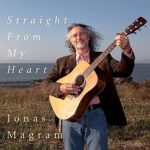 "[B]efore we start pointing the finger at young people for their shameless neglect of our safety, perhaps we "adults" ought to take a long, hard look in the mirror. After all, the harm their narcissism could cause us likely will be exceeded a thousandfold by the harm our failure to respond to the climate crisis will cause them, their children, and all life to come."
Hello Bold Iowans, We have an important question for you (scroll down.) But first, there are two big pieces of news to share — one good, one bad. Earlier this week, there was much excitement over a federal judge’s decision to grant the Standing Rock Sioux Tribe’s request to strike down the Dakota Access Pipeline’s (DAPL) federal permits. The judge ruled that the Army Corps of Engineers must complete a full Environmental Impact Statement (EIS). Hopefully, the judge’s next action will be to shut down the Continue reading → 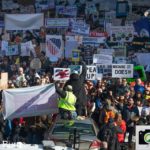 Dear Friends, The Climate Crisis Parade was truly a powerful experience. A thousand people participated, and who knows how many more thousands joined us online. One notable absence: The Mainstream Media (MSM) — though we learned later that Telemundo did a wonderful story on the Parade, and they are the largest Spanish-language media outlet in the country, reaching tens of millions. Most of the MSM were a no-show, despite: — Five press releases sent to over 400 outlets; — Numerous targeted calls and emails to Continue reading →
Dear Friends, Saturday’s Climate Crisis Parade — challenging the media to cover climate — just keeps getting bigger. There are now seventy co-sponsors, and we’re expecting around a thousand participants! Indigenous communities will lead the parade, pulling a covered wagon symbolizing colonialism as one of the root causes of the climate crisis. Other parade entries include: — A 5-foot diameter globe marked with places already impacted by climate change; — Animals threatened with extinction, including a waddle of penguins, a polar bear, and (for fun) a Big Foot (if Continue reading → 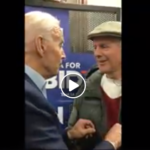 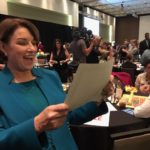 That's easy: Sen. Amy Klobuchar. Climate activists also have reservations about Joe Biden and Pete Buttigieg, but hands-down, Klobuchar is the worst. She claims to want to address climate change, but emphatically supports the continued build-out of fossil fuel infrastructure. Sorry, Senator. You can't be pro-fracking and pro-pipeline and say you're going to address the climate crisis. Since the corporate media have ignored Klobuchar's track record, it's up to us to get the word out. November 7, Johnston. Kathy Byrnes asks Klobuchar about her stand on DAPL and Line 3. Klobuchar again dodges the DAPL question, making some vague reference to Standing Rock. Regarding Line 3, she speaks about “calling for it to be delayed so that there’s an environmental review,” even as her track record and other public statements have made it clear to Minnesotans that she would never buck Big Oil's interests.
In the fight to save all that we know and love from climate chaos, it sometimes may seem like we're spinning our wheels. Yet every once in awhile, Energy Transfer, the corporation behind the Dakota Access Pipeline (DAPL), will let slip a truth that lets us know we truly are making a difference.
Dear Friends, The Climate Crisis Parade is shaping up to be a “big deal” (that’s Bill McKibben’s description — click here to watch his message). Fifty-three organizations have signed on to the Parade as co-sponsors. It’s gaining lots of national interest, and Bold Iowa is one of the groups leading the charge. We hope you can join us on February 1! Click here to donate to help with Bold Iowa’s portion of the significant financial commitment needed to bring this major action to fruition. In other Continue reading →
When forty organizations come together to take collective climate action, what happens? The Climate Crisis Parade! This multi-faceted action is scheduled for 12:00 noon on Saturday, February 1st — the Saturday before the Iowa Caucuses. If you’re associated with an organization, church, student group, etc, and would like to be involved, please email the Steering Committee at [email protected] Here’s the press release that went out this week announcing the Climate Crisis Parade, and here’s a link to the Facebook event. Get it on your calendar Continue reading →