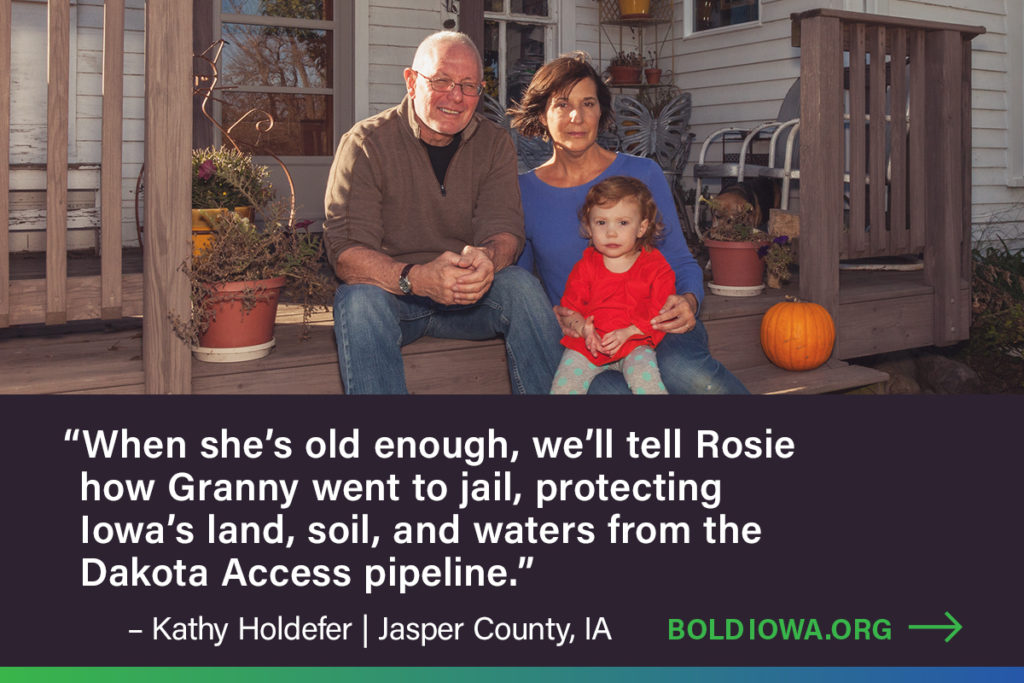 “We’re not surprised, nor are we intimidated,” said Ed Fallon, director of Bold Iowa. “First of all, there are landowners’ court challenges to eminent domain still waiting to be decided. But most importantly, the alliance of landowners, farmers, Tribal communities, environmentalists and property-rights defenders who’ve fought this pipeline for over two years aren’t going to lie down and let the President’s Big Oil buddies roll over us. They want to destroy our land, water and climate and trample on our Constitutional rights? Well, they’ve got a fight on their hands — a huge fight.”

The U.S. Army Corp of Engineers last year rejected the company’s permit application for the pipeline to cross the Missouri River in North Dakota, stating it had failed to properly consult the Standing Rock Sioux Tribe and account for impacts to the tribe’s water supply and cultural resources.

In Iowa, the court is expected to rule any day now on the legal challenge Iowa landowners have mounted to the granting of eminent domain for Dakota Access.

The District Court is also expected to rule on Sierra Club Iowa Chapter’s challenge of the Iowa Utilities Board’s decision to issue a permit for Dakota Access to construct a hazardous liquid pipeline across Iowa.