Rockwell City, IA — Heather Pearson, a resident of Logan, IA and Water Protector who was arrested in October 2016 during a nonviolent action to stop construction on the Dakota Access pipeline on Iowa farmer Shirley Gerjets’ property, will plead “not guilty” to charges of trespassing in Calhoun County court on May 24.

Pearson will argue in court that a “climate emergency,” outlined in a document signed by 188 Iowa climate science faculty from 39 institutions from all over the state, justified her action to stop construction on the pipeline that threatens our land, water and climate.

[The arrestees intend to offer expert testimony from one or more of the Iowa climate science faculty to support the climate-emergency justification defense. ??]

All of the Water Protectors arrested on Oct. 29th were invited on Shirley Gerjets’ property with express permission, in the form of a written affidavit from Shirley. In addition to Pearson, two other Water Protectors intend to plead “not guilty” to trespassing charges stemming from the Oct. 29 action, and have pending court dates in Calhoun County (Emma Stewart, of Rockwell City, IA; and Mahmud Fitil, of Omaha, NE).

Meanwhile, the Dakota Access pipeline workers and private security personnel were on Shirley’s property only by power of eminent domain — an authority which Shirley is still mounting a legal challenge to, along with other landowners. Shirley also had “No Trespassing” signs posted on her property that expressly forbade Dakota Access on her land.

“In Iowa, eminent domain has always been intended strictly for public purposes,” said Bold Iowa director Ed Fallon. “And in 2006, during my last session as a state lawmaker, House and Senate members voted overwhelmingly to further strengthen eminent domain law, in response to the ‘Kelo’ U.S. Supreme Court ruling. Given that amended law, I think this lawsuit makes a powerful case that Dakota Access violated the law. Those of us invited onto the land by the property owner have every right to be there.”

WATCH: Shirley Gerjets signs affidavits expressly inviting Heather, Emma and Mahumd onto her property, and states that Dakota Access construction workers are in fact trespassing without permission on her land. 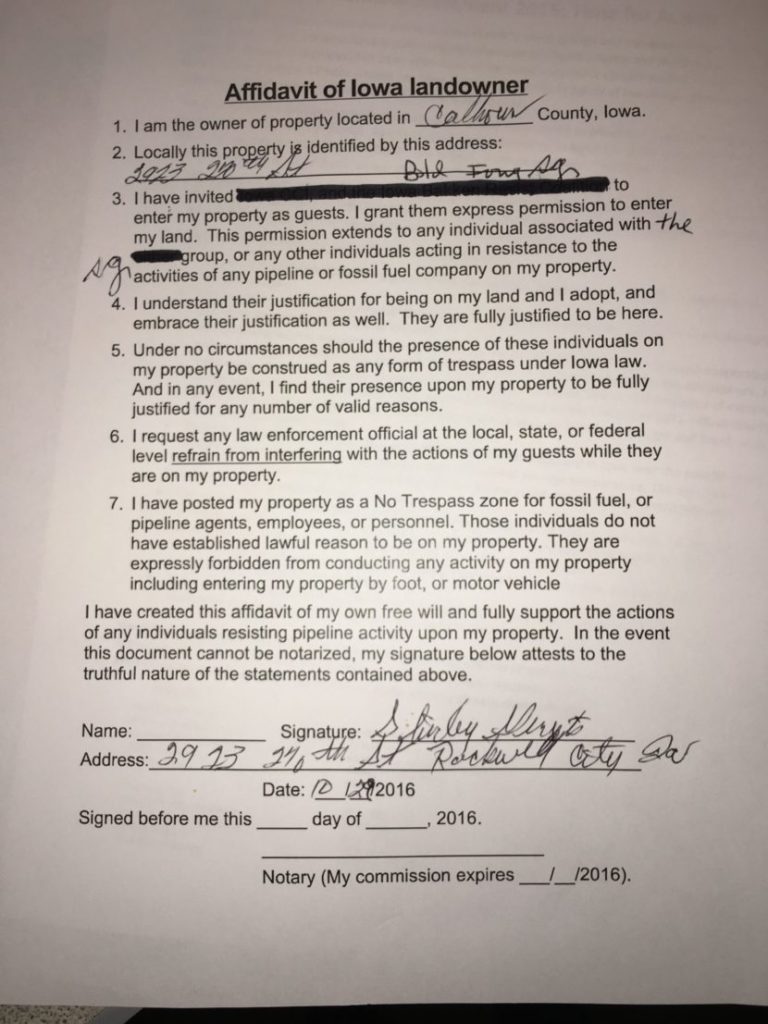 Affidavit of Shirley Gerjets granting permission for Bold Iowa #FarmersDefenseCamp on her property. 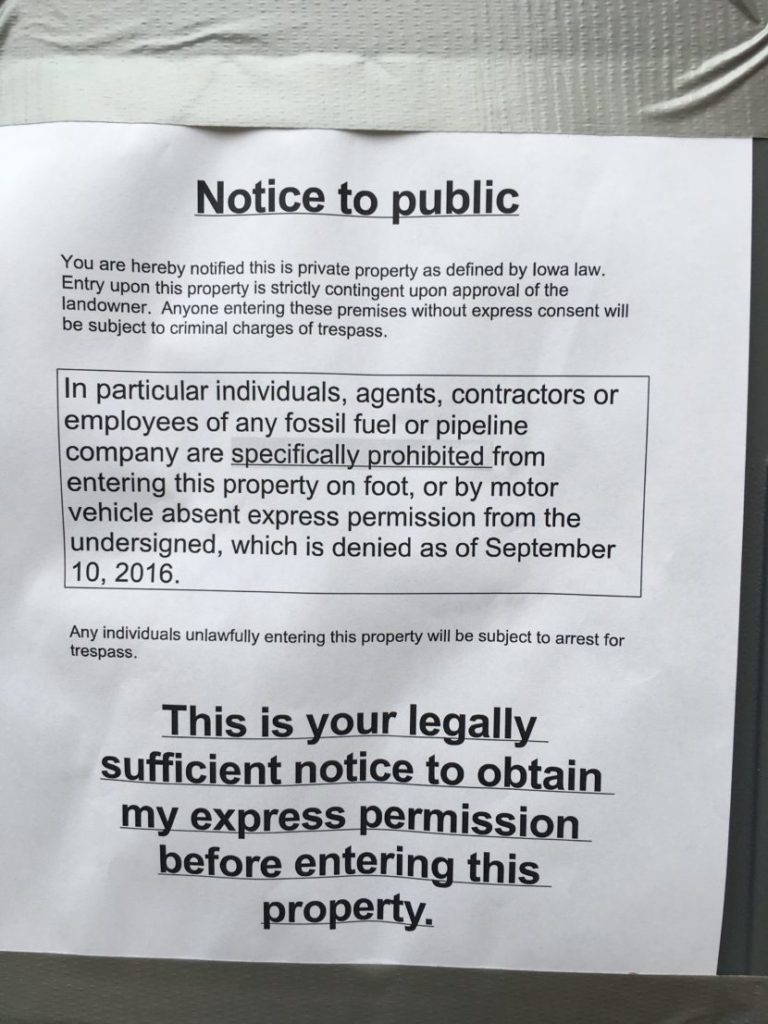 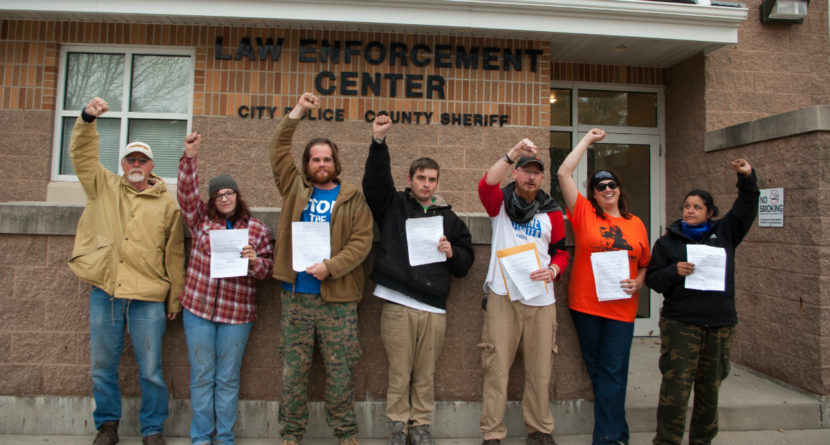