Click here for full story in The Messenger: http://www.messengernews.net/news/local-news/2017/07/dakota-access-pipeline-protester-found-guilty/ 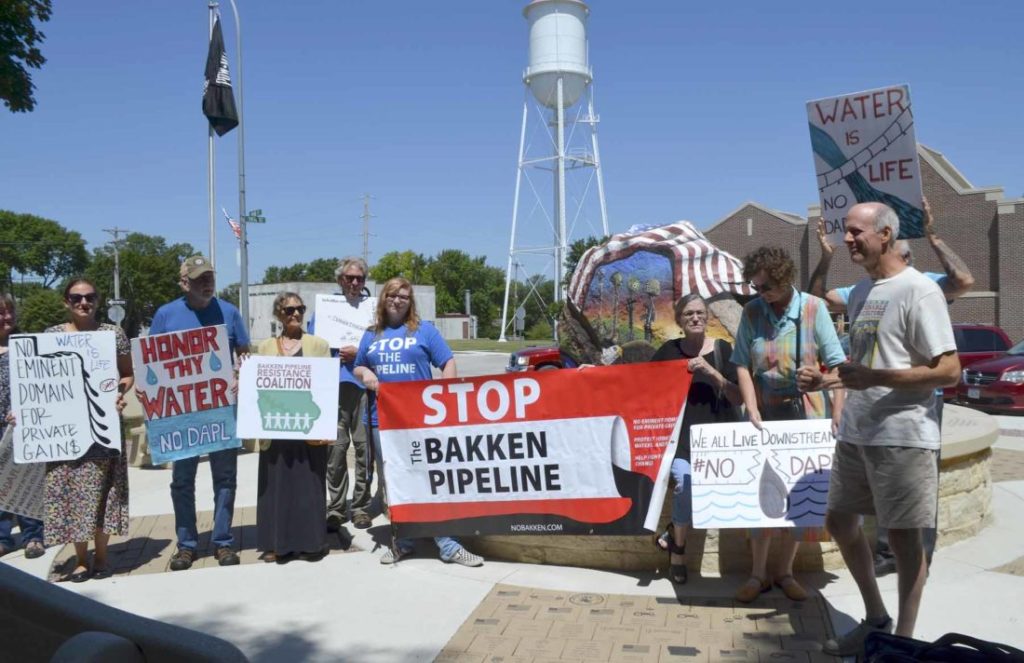 -Messenger photo by Joe Sutter Ed Fallon, at right, speaks at a press conference with pipeline protesters during a break in the trial of protester Heather Pearson, in front of the Freedom Rock at the Calhoun County Courthouse.

ROCKWELL CITY — A pipeline protester has been found guilty of trespassing after a jury trial in Calhoun County Thursday.