About twenty years ago, growth-management advocates across the US were shocked when the Tennessee General Assembly enacted one of the nation’s strongest anti-urban sprawl bills. At the time, I was working on similar legislation in Iowa, so I traveled to Nashville to learn more.

Sitting in the office of a state lawmaker who helped champion the bill, I asked, “How did you make this happen?”

“Mah friend,” drawled the lawmaker as he drew on his cigarette, “if you want to accomplish something big, you have to manufacture a crisis.” 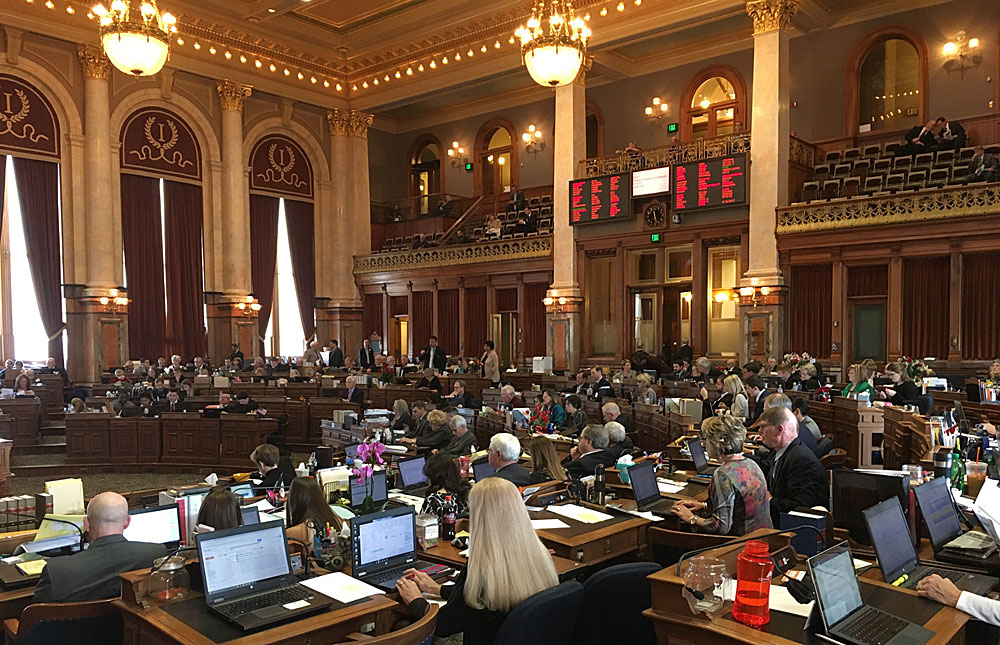 That conversation provided solid insight into the mechanics of back-room politics, which occasionally, but only occasionally, benefit the common good. I’ve since learned, however, that you don’t have to manufacture a crisis to accomplish something big. Sometimes, all you have to do is latch on to an existing one.

Such is the case with so-called “critical infrastructure sabotage” legislation (HSB 603 and SSB 3062) currently before the Iowa House and Senate. The proposal is  backed by Energy Transfer Partners (ETP), the corporation behind the Dakota Access Pipeline.

ETP is fortunate not to have had to manufacture a crisis. Multiple acts of arson and vandalism against the pipeline in 2016 and 2017 provided the ostensible justification for this legislation, giving ETP the cover it needed to push for a bill that has nothing to do with sabotage and everything to do with silencing nonviolent dissent and influencing a historic Iowa court case.

1. Under Iowa law, arson and vandalism are already serious crimes. Remember Charles Willard, the man who torched a Catholic church in Stuart in 1995? He got 25 years — the same number of years prescribed in the proposed legislation. Further cracking down on arson and “sabotage” isn’t necessary. The Iowa Code already has it covered.

2. The legislation could potentially apply the 25-year sentence, plus a fine of up to $100,000, to completely peaceful and nonviolent protesters who “cause a substantial interruption or impairment of service.” ETP originally said oil would flow through its pipeline in the fall of 2016. Yet because of numerous delays, some caused by protesters, oil didn’t begin to flow until June of 2017.

It’s impossible to say how this legislation would be interpreted in a court of law, but ETP could argue that, given the delay, protesters caused an “interruption” of service and deserve the maximum fine and penalty. What a chilling effect that would have on the First Amendment!

3. This legislation legitimizes the Dakota Access Pipeline as “critical infrastructure.” It lumps a privately owned oil pipeline in with genuine public infrastructure, including lines that transport electricity, gas, broadband service, water, and wastewater.

That’s my biggest concern. More than anything, this legislation could be used to help defeat the lawsuit filed by nine landowners and the Iowa Sierra Club against the Iowa Utilities Board (IUB) for granting ETP the authority to use eminent domain to take landowners’ property by force to build the pipeline.

Of all the compelling arguments against the Dakota Access Pipeline, one of the strongest is that ETP is a private company merely transporting its product through Iowa. True public infrastructure is used by the people whose land it passes through. Whether it’s a road, a gas line, telephone lines, or a water line, people living along the route are able to use that service or product. Not so with the Dakota Access Pipeline.

Its highly questionable status as critical public infrastructure is ETP’s Achilles’ heel. It knows this, and it hopes Iowans either haven’t noticed or have stopped caring. If ETP can use its financial might to ram this legislation through quickly and quietly, it will effectively codify a private oil pipeline as a public necessity.

Even if you’re not concerned about the Dakota Access Pipeline, you should be disturbed by the broader ramifications of SSB 3062 and HSB 603. And you should be interested in the landowner/Sierra Club lawsuit because if plaintiffs lose, all bets are off with how eminent domain could be used in the future.

During the thick of the pipeline fight, a farmer along the route said to me, “If ETP can call itself a public utility because some of the crude oil flowing through my soil may eventually find its way into my gas tank, what’s to stop mall developers from using eminent domain and arguing that they’re a public purpose because I might shop there someday?”

Great question. Conservative or liberal, Iowans ought to oppose this legislation. It’s a Trojan Horse that has nothing to do with sabotage.

It’s about cracking down on peaceful protest.

It’s about throwing open the doors to the abuse of eminent domain wider than ever before.

It’s a slippery slope — greased with oil and campaign donations — that will only lead to further erosion of Iowans’ property rights and put our land, water and climate at even greater risk.